— Hello, how are you doing?

— All is well, I’m getting along running, to secure my place in the future, and you?

— All is well, I’m getting along, in search of peaceful slumber, who knows?

— Pardon my rush. It’s the soul of our affairs!

— When will you give a call?  We need to see each other sometime.

— During the week, I promise, maybe we’ll see each other, who knows?

— I had so much to say, but I disappeared in the dust of the streets.

— I also had something to say, but it escapes me now.

— Please, call, I need to drink something, quickly.

“Sinal Fechado” was the winner of the V Festival da Música Popular Brasileira in 1969,  the year recognized as the start of the most brutal period of Brazil’s military dictatorship. (More on this period in the posts on “Ruas que sonhei” and “Valsinha.”) The song seeks to capture the urgent sense of despair that cloaked Brazil during these years, as the military regime espoused a doctrine of economic growth and national development — citing Brazil’s destiny as a future great power, and pursuing massive, misguided projects like the TransAmazonian Highway — at the expense of human rights and civil liberties.

Paulinho da Viola wrote this “protest samba” as a dialogue between two friends who happen to stop side by side at a red light.  But he recorded the song alone and sang alone at the festival, adding to the song’s desperate tone by making the dialogue sound like two isolated, solitary monologues.

Critics seeking a more traditional samba griped that the song just “wasn’t samba – not here, not even over there in China,” and in the video below from the MPB festival you can see the crowd’s mixed response.  Paulinho da Viola recognized that the song wasn’t a samba, though he based the song on a samba: “I made use of simple melodies and simple harmonies, and then added to all of the chords a minor second, seeking the atmosphere of anguish of the characters…”  Many of the chords came from the Villa-Lobos guitar exercises he used to practice with. (Heitor Villa-Lobos, d. 1959, is widely regarded as the most influential Brazilian and Latin American composer; he wove traces of Brazilian folk music into his erudite compositions.)

In 1974, Chico Buarque — banned from releasing new albums of his own songs — resolved to release an album with meticulously chosen songs by other songwriters, including Gilberto Gil, Caetano Veloso, Tom Jobim, Vinicius de Moraes, and Julinho da Adelaide (the pseudonym Chico adopted to release 3 songs: “Acorda Amor,” on Sinal Fechado, “Jorge Maravilha” and “Milagre Basileiro”). Chico chose Paulinho da Viola’s “Sinal Fechado” as the tital track. The song became one of the most emblematic protest songs against the military dictatorship. 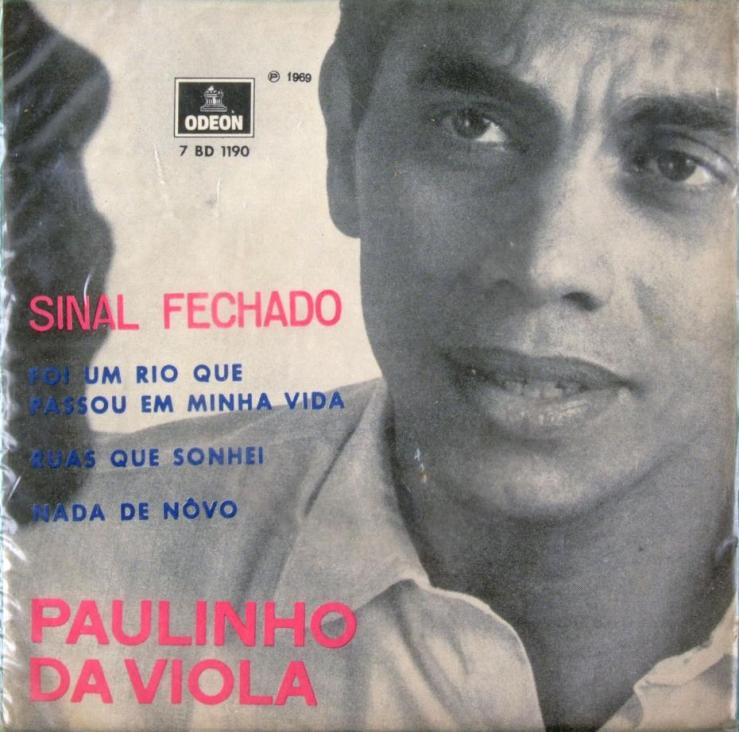